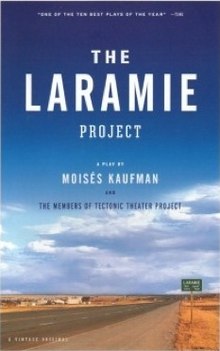 In October 1998, Matthew Shepard was kidnapped, severely beaten and left to die, tied to a fence on the outskirts of Laramie, Wyoming.  Five weeks later, Moisés Kaufman and fellow members of the Tectonic Theater Project went to Laramie, and over the course of the next year, conducted more than 200 interviews with people of the town.  From these interviews they wrote the play The Laramie Project, a chronicle of the life of the town of Laramie in the year after the murder.

This fall, to honor the the 20th anniversary of the death of Matthew Shepherd, we plan to present The Laramie Project.

Auditions will take place September 24-25 from 4pm-6pm in CC 115. Rehearsals will begin September 26.

If you’re interested, keep your schedule open from 4pm-6:30pm Monday-Thursdays from September 24-November 11. 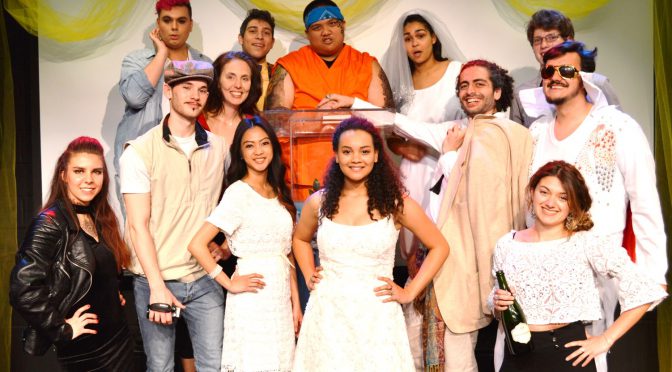 Our spring play, FOUR WEDDINGS AND AN ELVIS, was a great success and a lot of fun! MANY THANKS to the hardworking cast and crew who made it such a great production!