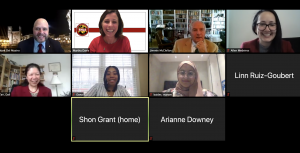 SHLE is a program of Sigma Delta Pi, the National Collegiate Hispanic Honor Society, which was founded in 1919 by Ruth Barnes, an undergraduate junior at the University of California, Berkeley. Sigma Delta Pi is the largest world language honor society and has more than 615 chapters at four-year colleges and universities nationwide. The first chapter of SHLE, which recognizes outstanding students of Spanish at community colleges, was founded at Coastal Bend College (TX) on November 9, 2017. SHLE has since expanded to include 12 chapters nationwide. NOVA’ s chapter was the first to be founded in Virginia.

The Mission of the SHLE is to:

For more information about the national organization and benefits of membership, including summer scholarships to Spain, visit https://sociedadhonoraria.org/.

Are you interested in learning more about the immigration crisis at the United States’ southern border? Look for John Moore’s book, Undocumented: Immigration and the Militarization of the United States-Mexico Border, coming soon to the NOVA Alexandria Library.

John Moore has spent the last decade taking photographs along the entire U.S.-Mexico border. His photo (see below) of a young Honduran girl crying as her mother was searched by Border Patrol agents was recently awarded the World Press Photo of the Year.

Are you an intermediate or advanced reader of Spanish? Are you looking for a good novella to read? Look no further! No pasó nada by the Chilean author, Antonio Skármeta,  may be just the book you need. The coming of age tale takes place in 1970s Germany, where Lucho, the young narrator, is living with his family in exile from the Pinochet regime. The novella is a great way to practice your Spanish and learn about Chilean history and culture.

A number of states, including Virginia, currently face a critical shortage of language teachers. According to the American Council on the Teaching of Foreign Languages, “by 2025, there could be a hiring gap of 100,000 teachers annually.”

Learn more about the requirements to become a language teacher in Virginia by visiting https://law.lis.virginia.gov/admincode/title8/agency20/chapter23/, checking out school districts’ (e.g. Fairfax County Public Schools, Alexandria Public Schools) sites and talking to your counselor, advisor and/or a NOVA language professor. We need you!

Are you interested in a career switch? Information on alternate paths to licensure can be found here: https://law.lis.virginia.gov/admincode/title8/agency20/chapter23/section90/

Acquiring proficiency in a language is like honing any other skill: it requires individual as well as group practice. Just as athletes should run and lift weights on their own when not at practice or games and musicians must practice their instruments outside of rehearsals and performances, language learners grow by listening to the language outside of class.

A fun and free way to do so is by watching movies through the online video streaming site, Kanopy Video. Simply log on with your MyNova username and password and you can enjoy a plethora of Spanish language movies (all with subtitles).

In no particular order, here are some of our favorites:

America Reads Spanish aims to get more Americans reading Spanish books. You can too! Their website and monthly newsletter feature reviews and much more. For more information, visit http://americareadsspanish.org.

Prof. Davis’s Spanish 101 students ended the semester by presenting “informercials” on a wide variety of original products and services. Then, students voted for the “Comercial más convincente” (“Most Convincing Comercial”).

NOVA offers two 200-level courses, SPA 205 and SPA 206, specifically designed for heritage speakers. A heritage speaker typically is someone who was raised in a Spanish speaking home and who may or may not have received formal instruction in the language. Non-heritage students who have advanced language skills, such as those who have been educated in a dual language school and/or lived in Latin America or Spain may be candidates for the course, too. Students who excelled in their previous Spanish courses (through SPA 202), were able to contribute to class discussions in Spanish and were highly motivated also have enjoyed success in the heritage classes at NOVA.

The Spanish for Heritage Speaker courses are designed to help students polish their written and oral expression in Spanish and expand their knowledge of the Spanish-speaking world. SPA 206 will be offered as a 14-week course for Spring 2019 and will meet on Mondays and Wednesdays from 12:30-1:50 p.m. at the Alexandria Campus. It is not necessary to have taken SPA 205 to take 206.

To confirm your placement in SPA 206 for Spring 2019, please take the placement test at the Alexandria Campus Testing Center in AA156. Additional information, including the testing center calendar, can be found here:  https://www.nvcc.edu/alexandria/testing/index.html 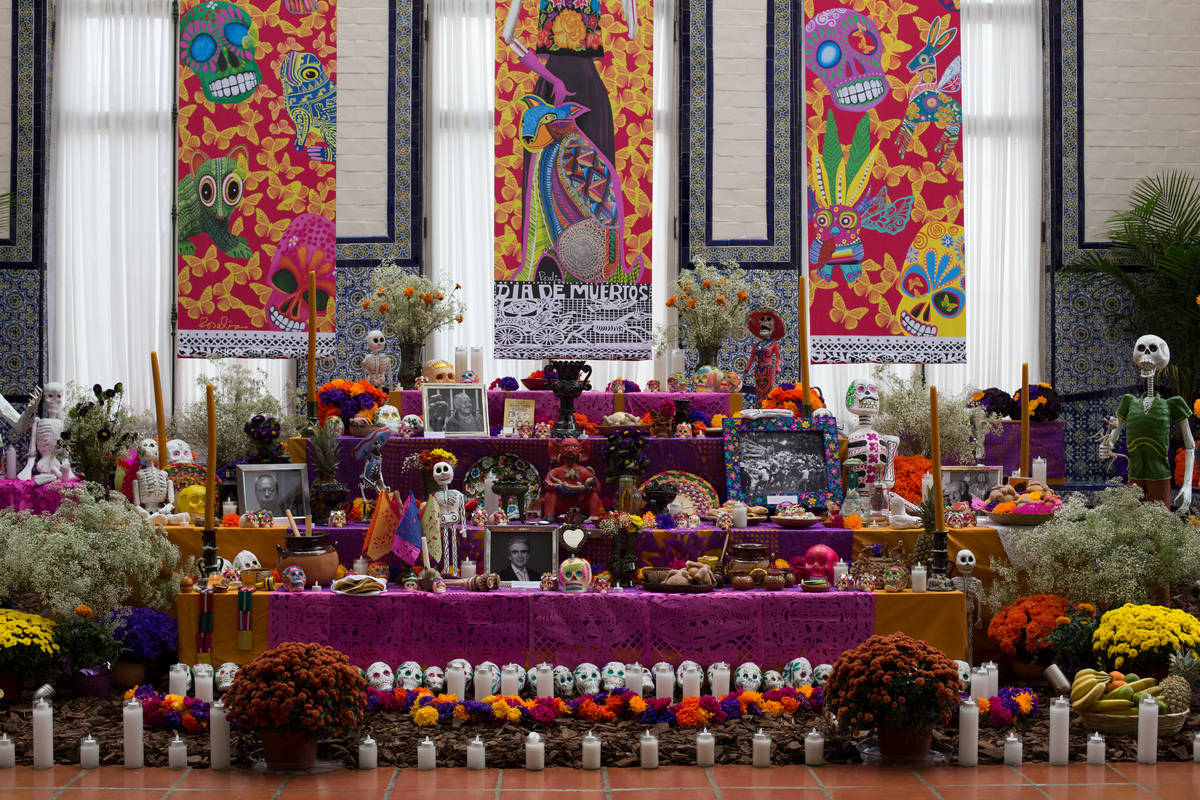 “This year’s special rendition of the day of the dead altar, titled “They Silence Us”, was prepared by Irene Clouthier, Mexican artist based in Washington, D.C., in collaboration with artists María Freixas, Enrique Quiroz Sanchez and Marta Pita. The altar is dedicated to the women worldwide who have lost their lives due to violence.

Irene Clouthier’s work is about recreating stories in artificial places. She uses plastic objects in her images to create unexpected relationships between the object and its surroundings. Clouthier’s work unfolds from the notion of childhood, related to memory and the idealization of remembrances.

The altar will be on display through November 16. The Mexican Cultural Institute welcomes guests to view the altar Monday – Friday from 10 a.m. to 6 p.m. and Saturdays from 12 to 4 p.m.”

Come celebrate Hispanic Heritage Month and see what critics have called “sumptuous and heartbreaking” (The Guardian) and “scrupulous, compassionate and surprising” (The New York Times). Wednesday, September 19th from 2-5:00 p.m. in AA 196, the Division of Languages, Arts and Social Sciences proudly presents Spanish director Pedro Almodóvar’s, 2016 film “Julieta.” The film, based on short stories by Nobel Prize winner Alice Munro, features Emma Suárez in a Goya award-winning role. Be sure to stay for the post-screening discussion led by Prof. Martha Davis. 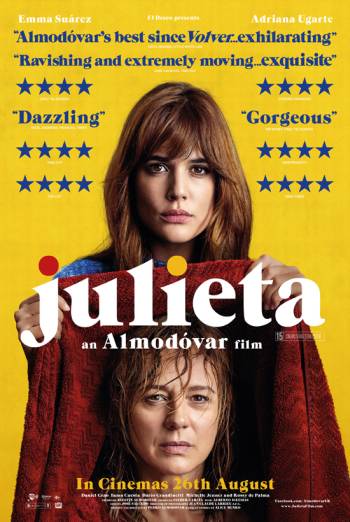