Denim Day 2022 is on April 27th!  Denim Day originated in 1999 by Peace Over Violence as a response to a ruling by the Italian Supreme Court where a rape conviction was overturned because the justices felt that due to the tightness of her jeans, the victim must have assisted her rapist in removing her jeans, thereby implying consent, and not assault. The next day, the women serving in the Italian Parliament came to work wearing jeans in solidarity with the victim. Recognizing that what someone is wearing is not an invitation for a sexual encounter, wearing jeans became a symbol of protest against destructive attitudes about sexual assault.  Annually, millions of people around the world wear jeans in solidarity with victims of sexual assault, and to remind us all that victims are not “asking for it” or contributing in any way to their assaults; the fault of this lies with the perpetrator, and the collective conscious is responsible for combating the misinformation spread throughout our cultures. Learn more about Denim Day, and join in supporting this initiative by wearing jeans this coming Wednesday, sharing #denimday on social media, and engaging in dialogue about consent!  For more information, or to seek resources, contact NOVA’s Title IX Office at titleix@nvcc.edu. 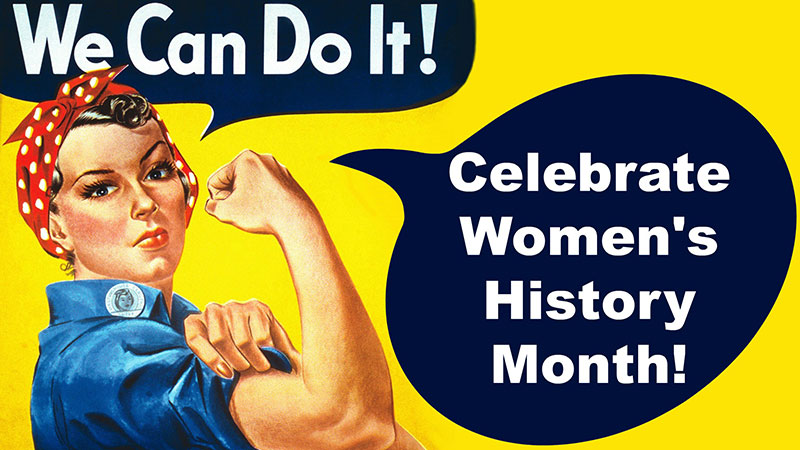 March is Women’s History Month, a celebration dedicated to the cultural, societal and historical advancements made by women.  Beginning in 1978 in Santa Rosa, California as “Women’s History Week” through efforts of the Education Task Force of the Sonoma County Commission on the Status of Women, this recognition blossomed into an annual celebration through presidential proclamations since 1987. 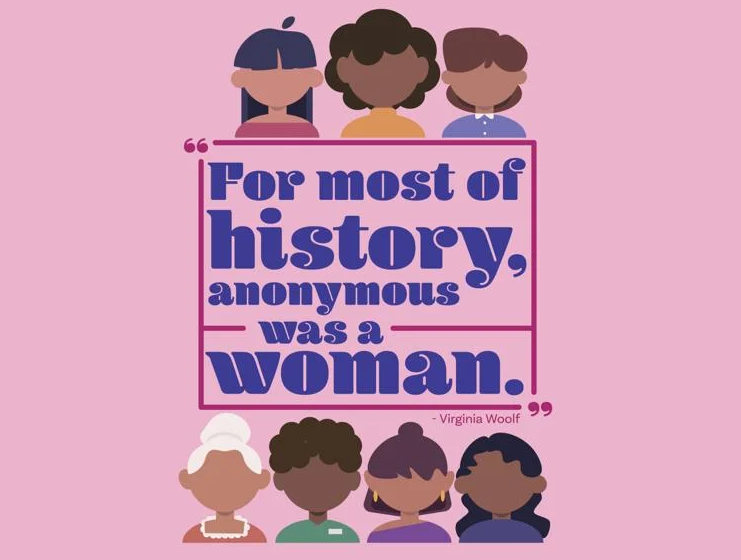 Historically,  women’s presence and contributions to daily society largely went unrecognized or uncredited, and at best, attributed to an anonymous source.  This continued even during major events, like wars and economic despair, where without the help from women (even in the background), missions would been unsuccessful or further detriment would have been experienced by many.

Take a moment to check out these events to learn more about amazing women who have helped shape our world, and those who continue to propel us forward.  Also learn about these key dates in the movement to celebrate women and their accomplishments.

Celebrate the women in your life, today! 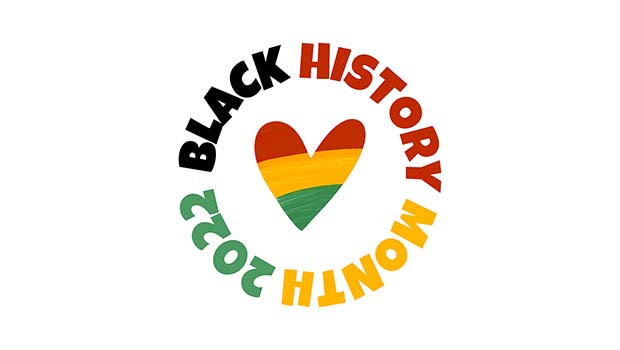 The theme for Black History Month 2022 according to the Association For the Study of African American Life and History (ASALH) is Black Health and Wellness, giving special focus on the contributions of Black people to Western medicine.  Black people have served as doulas, midwives, doctors, engineers, scientists, and more, leading to the advancement of medicines and medical techniques.  There have even been long-lasting advancements on the medical field through the studies of DNA from contributors like Henrietta Lacks, albeit controversial.  This theme also highlights the health disparities that continue today, and how to remove these roadblocks for the betterment of Black people and general society. 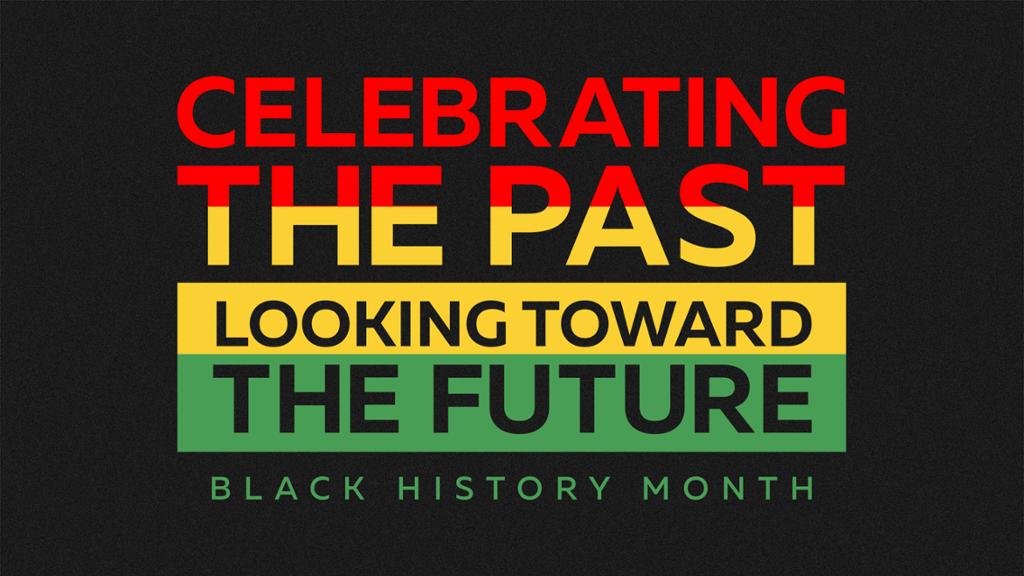 This MasterClass on Black History Month is available for free during this month, and NOVA is offering a wide array of programming on the importance of Black history, as well as Black futures.

Check out President Biden’s Proclamation on National Black History Month, NPR’s report on how this month’s recognition came about, and PBS’ list of films and clips to watch and stream on a myriad of Black Americans who have made their mark.

Taking the opportunities to learn history, gain perspectives, and join initiatives is a great way to grow individually, as well as a society.  After all, Black history is American History! ✊🏿 🇺🇸 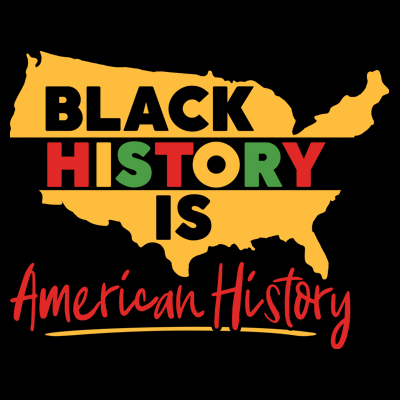 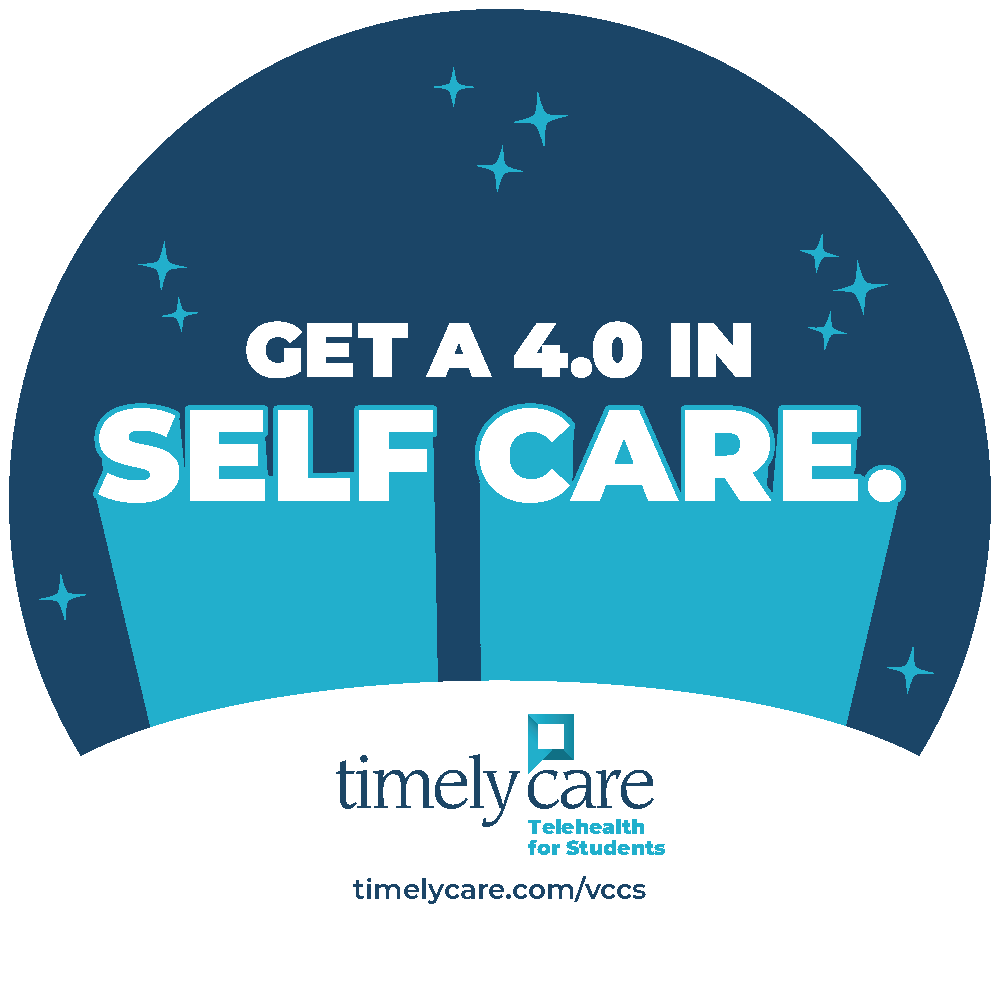 Northern Virginia Community College is excited to offer TimelyCare- a new, FREE telehealth program for students for students seeking mental health and wellness supports! The service will provide access to 24/7 virtual mental health care from anywhere in the United States via the TimelyCare app or the web on VCCS’ TimelyCare homepage for phone or video appointments.  Available services include:

You’ll never receive a bill, be asked to pay, or be asked to provide insurance information!  Registration with your VCCS email, an internet connection, and about 2 minutes is all you need to start; learn more and sign up at www.timelycare.com/vccs, download the TimelyCare app, or access from the Office of Wellness and Mental Health telehealth page today!

Dual enrolled students are not eligible to access these services and students under the age of 18 require parental permission to access telehealth services.  Please contact the Office of Wellness and Mental Health at wellness@nvcc.edu with any questions. 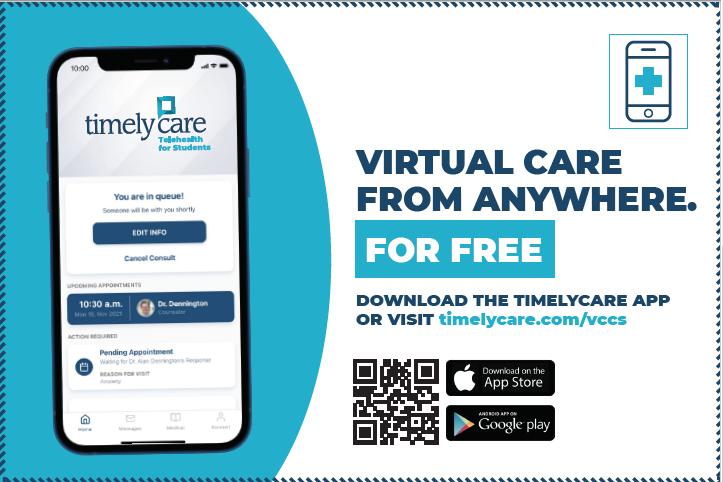 We want to remind you of the College closure from December 24, 2021, reopening on January 3, 2022.  All campus operations are suspended, and facilities will be closed during this time.

As we near the end of 2021, we hope you have an opportunity to rest, spend time with love ones, engage in your favorite activities, take time for personal wellness and respite, and are energized for the new year.

On behalf of Northern Virginia Community College, happy holidays to you and yours!

-The Office of Wellness and Mental Health Team Recognizing, discussing and seeking assistance for mental health concerns is difficult.  There is a vulnerability (and a fear of stigma for many) that may cause one to hesitate to communicate and/or pursue help, if at all.  Know that you are not alone- mental wellness shifts for everyone, and everybody finds themselves needing help sometimes.  This graphic from Mental Health America illustrates some options and suggestions for how to communicate with your professors about your struggles and needs. NOVA-specific options you may also consider include:

Remember, you are cared for, and NOVA is here to support you!  If you find yourself feeling unsafe and in need of support, contact the National Suicide Prevention Lifeline:

Suicide is not an easy topic to discuss, especially because many people feel that they may accidentally say the wrong thing, push their friend or loved one into hurting themselves, or may implant the suggestion of suicide, but this just isn’t true.  Suicidal thinking is isolative, and knowing that someone loves and supports you nonjudgmentally often is just the support someone needs to hang in there, and seek some help.

There are many notable signs, like in the graphic above, that someone may display when they are dealing with suicidal thinking.  Suicide is also not a spontaneous action, rather, people who attempt or consider attempting to kill themselves have thought about it for some time.  There is a spectrum of consideration for suicide, and when someone has decided to carry out an attempt, they appear more at peace because the anxiety of contending with their pain feels like it’s over.  Even then, it is not too late.  If you see someone suffering, offer your ear.  Compassionate connection is the gateway to addressing pain and trauma, moving a person away from potentially ending his/her/their life.

Some local and national resources include: Join us in the effort to prevent suicide for all, and check out the #bethe1to campaign!

“Even the darkest night will end, and the sun will rise.”

Happy Wellness Month! More than ever, the need to focus on physical, mental, emotional and spiritual wellness is apparent.  With just a few dedicated moments and strategies, you can keep your general wellness on track, lessening the pains and frustrations of life’s challenging moments.

While there are many facets and ways to focus on your wellness, consider focusing on the following, and coming up with a few of your own:

What’s your favorite way to focus on your wellness?  Find a new strategy, and share it (or your tried and true methods) with a friend today!

July is BIPOC Mental Health Awareness Month!  Strength in Communities is the theme for 2021, a focal point to be continued even after this month ends.  This theme highlights those persons that are marginalized within their intersectionality of being a person of color and a member of the LGBTQIA+ community.  The more identities one identifies with, the likelier it is they experience a hardship related to discrimination, racism and xenophobia.

Author Bebe Moore Campbell was a mental health advocate that through her personal experiences and writing the book, 72 Hour Hold, brought attention to the disparities experiences by those who are not white as it relates to their mental wellness.  She advocated for services, recognition, and empowerment of those suffering with mental illness, as well as for their family members, especially those in a caregiving role.  In 2007, July was declared Bebe Moore Campbell Minority Mental Health Awareness Month by U.S. Congress.

Terminology often changes in order to align with collective values and knowledge gained to minimize alienating others.  The terms used to describe individuals and groups that are non-white are changing because previous terms incidentally failed to realize individuals, and that whole racial groups are not a monolith.  A good rule of thumb is to ask who you are conversing with how they would like to be identified to avoid offending them.

To learn more about BIPOC mental health, check out:

Focusing on the history of women’s suffrage (the right to vote in elections), this year’s theme is “Valiant Women of the Vote: Refusing to Be Silenced.”  Made possible with the passage of the 19th Amendment in 1920, women’s right to vote was a hard fought effort by many through marches, protests, demonstrations and petitions.  The resounding argument was made that as citizens of the United States and contributing members of society, women deserve all the rights, freedoms and responsibilities afforded to men.  This paved the way for quests for equality in the workplace, pay, ability to own property, medical decisions and reproductive rights, and more.

Many women, like Ruth Bader Ginsburg, Eleanor Roosevelt, Harriet Tubman, Sojourner Truth, Shirley Chisholm, and Betty Friedan have been trailblazers for the equality of not just other women, but for all.  Their efforts to be the voices of the disenfranchised, poor, excluded and ignored have led to changes in law, practices and societal expectations that have benefited many.   Others from around the world, such as Greta Thunberg, Malala Yousafzai, Tarana Burke, Brene’ Brown, Ava DuVernay, and Laverne Cox are currently advocating for women’s recognition, visibility and overall societal growth through advocacy for the environment, LGBTQ+ rights, mental wellness, education, addressing consent and more through the use of art, science, collaboration and the like.

Learn more about Women’s History Month, and recognize and appreciate the women in your life today!