The Universal Declaration of Human Rights (UDHR) was adopted on December 10, 1948, and the upholding and revisions of this document have been made by the United Nations (UN).  It aims to clearly define the rights of humans all over the world, as well as encourage people to stand up for the rights of others when they see violations of human rights, and harm being done to their fellow humans.

The theme for HRD 2020 is “Recover Better – Stand Up for Human Rights”.   In light of the global pandemic, it is even more imperative to highlight and fight for human rights while many are suffering, and struggling with their respective countries political and economic impacts on its citizens.  In the past, pioneers such as Eleanor Roosevelt, Mahatma Gandhi, Mother Teresa, Nelson Mandela, Dr. Martin Luther King, Jr., and the current Dalai Lama have been recognized for their efforts for pervasive recognition of the rights of others.  Many such persons make efforts daily in support of this initiative; take the time to learn more about their contributions.

You do not have to be famous or a formal advocate to have an impact; treat others with, and expect them to treat you with dignity, respect, and common courtesy.  Speak up for injustices and wrongdoing that you see.  Contribute to local initiatives and committees that impact your neighborhoods and localities.  Learn about politicians and others in formal office and what they stand for, and fight for change where necessary.

You can learn more about the Universal Declaration of Human Rights available in over 500 languages.  It is also available in a  simplified version, in an illustrated booklet, and in sign languages.   Share on social media with hashtag #humanrightsday! Today is World AIDS Day! The focus is to unite collectively to prevent new HIV infections, support those with HIV/AIDS status, and celebrate the memory of those who have lost their lives to HIV-related illnesses.  World AIDS Day is the first global health day, and was founded in 1988.  According to the CDC in 2018 (most recent statistics available), nearly 38,000 new cases of HIV were diagnosed in the United States, with people ages 25 to 34 representing the highest age group of new diagnoses. HIV (human immunodeficiency virus) is a virus that attacks cells in the body that assist with fighting infections, and it makes a person more susceptible to other infections and illnesses.  HIV is spread through bodily fluids, such as those transferred through unprotected sexual activity with someone who is infected, through needle sharing, or other contacts where bodily fluids are exchanged.  If left untreated, HIV can lead to the disease AIDS (acquired immunodeficiency syndrome).  There is currently no cure for HIV/AIDS, but through the use of antiretroviral therapy (ART), people are living longer, healthier lives, and limiting the exposure of HIV to their loved ones.  Also,  pre-exposure prophylaxis (PrEP) and post-exposure prophylaxis (PEP) can assist with limiting transmission through sex and substance use. The only way to know if you have HIV is to get tested.  You can utilize a home self-test, locate HIV testing centers and resources, learn about PrEP, and use prophylaxis during sexual activity as options to protect yourself from exposure to HIV.  You can participate in the Red Ribbon Project, and through the use of the following hashtags social media: #WorldAIDSDay #WAD2020 #StopHIVTogether #EndHIVEpidemic #HIV

Let’s do what we can to stop the spread of HIV together!

Presenting Day 2 of Cultivating Care and Reaching Out In Kindness, brought to you by the Office of Student Life and the Office of Wellness and Mental Health!

With technology usage at an all-time high, you may experience joy and frustration with life online.  We use social media to stay connected with friends and family, keep up with news and celebrities, inform others about our lives and more.  The convenience of smartphones means we can get up-to-the-second updates from our app notifications, and for many, this leads to being stuck in a pattern of grabbing our phones at every chime and engaging in constant scrolling.  Topics, such as the pandemic’s impact on our lives and economy, racial discourse, and political sparring are splashed all over our timelines.

So how do you take care of yourself while enjoying social media?  Check out these tips!

For another perspective on taking a break online, check out Social Media Detox…This Changed My Life!!   Happy Scrolling!

As a reminder, you can participate by: 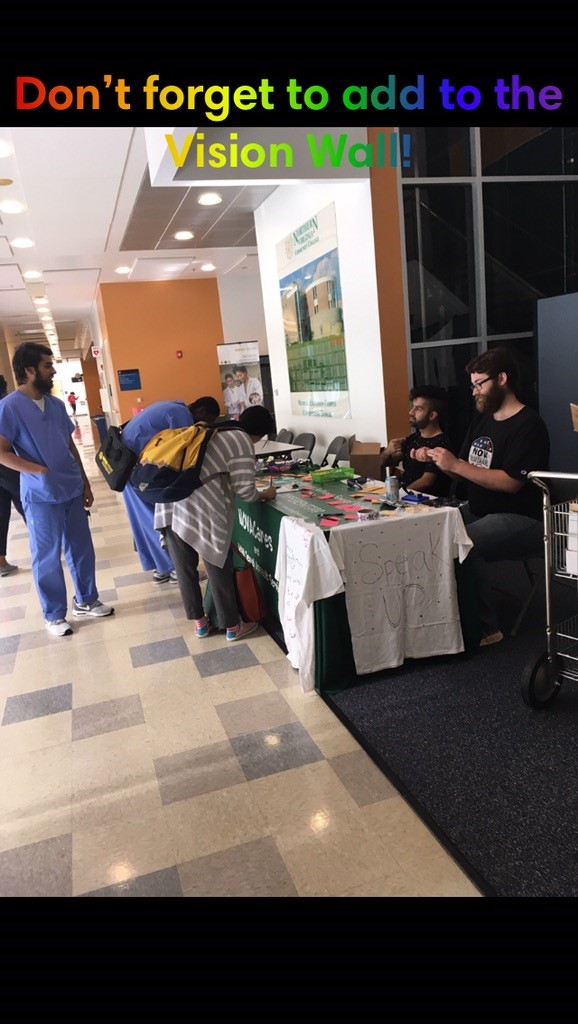 DVAM:
Did You Know?
Did you know that each of the major professional sports leagues in our country have policies and services to respond to domestic violence, whether their players are victimized or perpetrate violence?
MLB (Major League Baseball): The most recent league to implement a policy, MLB’s is a comprehensive response that includes investigation and discipline for current offenses, treatment and intervention for both the victim and the offender, and regular prevention education.
NBA (National Basketball Association): Domestic violence convictions are handled under the league’s rules about “Unlawful Violence” – players are immediately suspended for a minimum of 10 games, must get a clinical evaluation and attend counseling sessions. Additionally, NBA union officials said players already receive [prevention] training at least one year before they join the basketball league.
NFL (National Football League): The NFL’s policy, announced in December 2014, includes developing critical response teams for each team as well as prevention education programming for youth in football programs.
NHL (National Hockey League): Officials said they meet with players annually to discuss conduct and conduct and determine responses to domestic violence on a case-by-case basis.
Sources: Click on the hyperlinks above for more information.

What can we do?

 Promote implementation of primary prevention programs such as:

 Use social media to spread the word!
o DVAM: Did you know that all major professional sports leagues have policies in place to respond to #DomesticViolence? Let’s take their lead and promote prevention efforts, such as Teach Early, in youth sports leagues here in #FairfaxCounty. #DVAM2015 #LookAgain

o DYK we can help stop #domesticviolence through youth prevention efforts, such as #TeachEarly. #DVAM2015 #FairfaxCounty #LookAgain
[Go to: http://teachearly.org/, when you scroll down the page, social media links will pop up on the left.]

CrisisLink – You Talk, We Listen.

Recognize the Signs of Suicidal Behavior

In Light of Robin Williams’

Passing  – Here is some info from Crisis Link on helping those struggling with depression.  NOVACares!

This image is part of a campaign brought to you by the Avon Foundation for Women.

Domestic violence can affect anyone, regardless of gender identity, sexual orientation, income, race, ethnicity or religion – and many often blame themselves. 1 in every 7 men and 1 in every 4 women are physically abused by a partner (CDC, 2010). Share this post & help your friends #SeeTheSigns.

Janine Latus, author ‘If I Am Missing or Dead: a sister’s story of love, murder and liberation,’ talks about why she speaks out for victims of domestic violence.

If you are interested in having Janine Latus come speak to your organization or to help raise funds for your shelter or social service program, send her an e-mail at janine@janinelatus.com. To see testimonials from those who have heard her speak, visithttp://www.janinelatus.com/speaker/te…